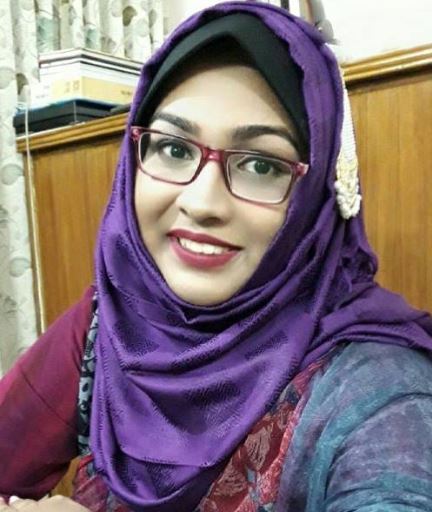 Postpartum depression (PPD) is a complex mix of physical, emotional, and behavioral changes that happen in a woman after giving birth. According to the DSM-5, a manual used to diagnose mental disorders, PPD is a form of major depression that has its onset within four weeks after delivery. The diagnosis of postpartum depression is based not only on the length of time between delivery and onset, but also on the severity of the depression. It can be treated with medication and counseling but in many cases, especially in developing countries, mental health of the new mother is neglected.

The levels of estrogen and progesterone, the female reproductive hormones, increase tenfold during pregnancy. Then, they drop sharply to normal range after delivery within 3 days. In addition to these chemical changes, social and psychological changes associated with having a baby create an increased risk of depression.

A new mother has sudden mood swings. She may cry for no reason and can be impatient, irritable, restless, anxious, lonely, and sad. In severe stages, insomnia (not being able to sleep), feeling worthless, agitated and angry, feeling an unexplained lack of interest in the new baby, feeling of being trapped, or rejected, pacing, doing other strange behaviors are also seen in the new mothers. If not treated, PPD may turn into postpartum psychosis and new mothers are even at risk for hurting themselves, the baby or someone else.

About one out of every 10 of these women will develop a more severe and longer-lasting depression after delivery and about one in 1,000 women develops a more serious condition called postpartum psychosis.

Many people with PPD do not tell people how they feel until partners, family, and friends are able to pick up on the signs of postpartum depression. In some cases, the associated closed ones are not that observing, then the situation aggravates.

Our aim is to develop an android app that will assess the onset of postpartum depression by asking a depression-screening questionnaire and as per the answers, it will suggest the new mothers motivational songs, videos and specially designed games that will help to elevate their self-esteem and make them mentally stable. We also plan to incorporate a chatting or talking AI to remove their loneliness and boredom.

The questionnaire will include questions regarding sleeping problems, decision making and concentrating problems, self-confidence problems, changes in appetite, anxiety, fatigue, listlessness, or reluctance to be involved in any physical activity, feelings of guilt, become self-critical, suicidal thoughts etc. Even after using the app 1-2 weeks, if the new mothers do not feel better and the depression screening shows similar answers, it will notify their highest contacted 3 persons and the gynecologist she consulted. Then the doctor may treat the new mothers on the basis of type and severity of a woman's symptoms. Treatment options include anti-anxiety or antidepressant medications, psychotherapy, and participation in a support group for emotional support and education. Thus, we hope that our proposed app will assist in bringing the new mothers back to their normal lives by redeeming the lost self-confidence in them and will call for the medical help, if needed.